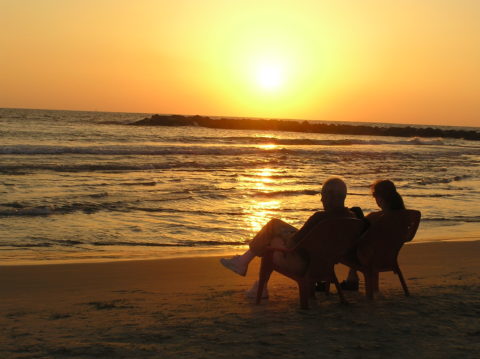 I recently wrote that most people should plan to work to age 70 before retiring. As a society, embracing 70 as the new full retirement age, would greatly alleviate the forthcoming retirement crisis and reduce the level of poverty in senior citizens. While there are many advantages to waiting until 70, I also see how attractive it would be to retire in your fifties while you are young and healthy.

With enough planning, saving, and advanced preparation you can retire in your fifties. But, retiring at 55 is not the same as retiring at 65. Social Security won’t kick in until 62, and if you read my previous article, you know I suggest waiting until 70. You won’t have Medicare until age 65, so you will need to have your own health insurance coverage, a significant expense which keeps many would-be retirees in the workforce until 65.

I’m going to go through the math of how you might be able to retire in your fifties, and then I’m going to tell you how most fifty-year old retirees actually did it. (Which may disappoint you…)

The “4% rule” suggests that the safe withdrawal rate from a 60/40 portfolio is to start at 4% and subsequently increase your withdrawals for inflation to maintain your standard of living. This research, assumes a 30 year retirement period, such as 65 to 95. If you retire at 50 or 55, it is likely that you or your spouse could live for another 40 or 50 years, especially with continued advances in medical care.

Unfortunately, the 4% rule has a higher failure rate when applied to periods longer than 30 years. That’s because market volatility, especially in the early years of a plan, increases the possibility that an account will be depleted. So, if someone wants to retire in their fifties today, they may need to use an even more conservative withdrawal rate, such as 3%. That way their account will still grow, net of withdrawals, to cope with the inflation that will occur over the next 40 plus years.

Currently, we have record low yields in the bond market, and relatively high valuations (Price/Earnings or P/E ratio) in the stock market. Looking forward, our expected returns should be lower than historical returns. This is another reason why a 4% withdrawal strategy may be too aggressive today for someone who wants to retire in their fifties.

Link: BlackRock CEO says retirement savers should expect returns of as little as 4%.

An alternative to the 4% Rule is the Actuarial Method, which is what the IRS uses for Required Minimum Distributions: you take your current life expectancy and use that as a divisor to determine your withdrawal rate. If you think your life expectancy is 33 years, use 1/33 or approximately 3%.

Then to retire in your 50’s here’s the rule of thumb: at a 3% withdrawal rate, you need your investment assets to equal 33 times your annual withdrawal. For example, if you plan to spend $100,000, you should have at least $3.3 million in your investment portfolio.

This is a pretty high hurdle for most investors. Few people in their 50’s will have accomplished this level of assets, especially if they are still paying mortgages or for their children’s college educations.

The majority of people I know who have actually retired in their fifties have something I have not mentioned: an employer pension. They may have worked for the military, a municipality, school district, or increasingly rarely, a large corporation, and stayed for 25 or 30 years, starting in their twenties. Now in their mid fifties, if they are debt free, it may be possible for them to retire with a pension that pays maybe to 50 to 80 percent of their previous salary. Their taxes will be much lower, so they will actually keep a higher percentage of their pension and there will not be any OASDI or Medicare taxes withheld.

If their pension covers their basic necessities, they can avoid dipping into their portfolio, which can be used for discretionary spending. When the market is up for several years, they can spend a little more on trips or buy a new car. If their portfolio is down, they can hold off on purchases until the market rebounds. And while they may be scrimping by for now, they may get a raise later when they or their spouse become eligible for Social Security. But the key ingredient remains the guaranteed monthly income from their pension.

Most of us will not have a pension, in which case, we will need to be very aggressive savers if we are to end up with a portfolio 33 times the size of our annual withdrawal requirements. If you want to retire in your fifties, I can help you do it. It will take years of planning, so the best time to get started is right away.